More reactions are still pouring over the establishing of Twitter’s first African office in Ghana instead of the West African giants- Nigeria, however, Twitter has announced that it will hire experts in Nigeria’s major local languages (Yoruba, Igbo, and Hausa) to help with its operations.

The remote role is open to all applicants, according to the organization, but the employee must have a thorough understanding and analysis of news content from Nigerian media.

Other requirements for the job include applicants’ ability to communicate effectively in English and Pidgin English, which is also widely spoken in Nigeria.
“Twitter is looking for a passionate people manager to take on the role of Curation Lead for Nigeria.

“This person will manage a team that is focused on quickly, accurately and impartially summarising complex conversations that are unfolding in real-time on Twitter and important to users in Nigeria.

“While this role is primarily focused on English and English Pidgin content, working proficiency in one or more of the following languages is an advantage: Yoruba, Hausa and Igbo,” parts of the requirements on the career section of the company stated.

Jack Dorsey, Twitter CEO, on Monday, announced via his Twitter handle that the company would be citing its first African base in neighbouring Ghana, to the chagrin of Nigeria’s vast tech industry.

The Ghanian President Nana Adufo welcomed the company into the Ghanaian business environment and praised the company’s commitment to the region.

Ghana is catching up with the rest of the world in terms of technical innovation and has a more attractive market environment.

Steps On How To Self Publish A Book- The Beginners Guide 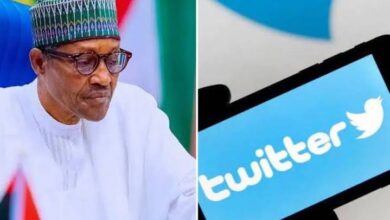