Have you ever wanted to be a pilot or a certified flight instructor (CFI) and want the best tutoring in the world to help you achieve your goal? In this post, I will list the top flight schools in the world for pilot training.

There are many flight schools around the world, with the United Kingdom, the United States, Greece, the Netherlands, South Africa, Phillipines, Germany, and Kenya at the top of the list of best countries for pilot training. Some people’s decisions about which flight school to attend are affected by the expense, opportunities, and courses offered. Students may study aviation maintenance, aviation management, air traffic control, or another aviation-related career at top aviation colleges. To kickstart your journey, here are the requirements/qualifications you’ll need to enrol in a flight school if you’re ready.

Qualifications to become a pilot Academic credentials are not needed to hold the licenses required to fly a commercial plane. To attend a specific flight school or enter a specific airline and use your license, you will need some form of academic qualifications, but this varies by country and airline.

To serve as a First Officer on a commercial passenger plane for an airline, you must have the following requirements as a bare minimum:

Please note: Some airlines would also require you to have a minimum standard of academic credentials, such as a high school diploma or a secondary school diploma with a passing score. In countries such as the United Kingdom, this consists of 5 GCSEs (A-C) in Mathematics, English, and Science, although in other countries it may be a Secondary School Certificate (SSC) of an acceptable standard.

Although some airlines, such as British Airways, used to mandate applicants to have at least two A-Levels with grades of A-C, this has been replaced with a minimum UCAS point threshold to ensure that BTECs, apprenticeships, and international qualifications are taken into account.

Must be 18 years and above before you can register for pilot training.

Top flight schools in the world

CTC Wings has consistently been ranked as one of the best aviation schools in the world. CTC Wings iCP is potentially the greatest value opportunity you will ever have if you want to become a commercial pilot and have little or no prior flying experience. CTC Wings ICP is a self-funded Integrated Commercial Pilot program that aims to provide more potential pilots with access to our high-quality training and enviable reputation.

The flight school currently has a 100% placement rate for all graduates, and 11 partner airlines, including easy Jet, British Airways, Monarch Airlines, easy Jet Switzerland, and the Jetstar Group, actively welcome CTC Wings graduates. The airline-specific training takes place at their Crew Training Centers in the United Kingdom and New Zealand.

FlightSafety Academy, a global leader in ab initio training, offers dependable and well-respected training to a rising number of airlines, businesses, militaries, and governments. It is recognized as one of the world’s best flight schools. Professional training is provided by the flight school, which is dedicated to excellence in all phases of teaching, from classroom to ground-based training to sufficient flight time. Health, decision-making, crew resource management, hands-on training, and a solid classroom educational base are all stressed in superior curriculums. Flight Safety Academy, which has been producing top-notch pilots since 1966, is unquestionably the oldest and finest in the industry. More than 17,000 pilots have graduated from this school and now work for 62 airlines and more than 100 corporate flight departments. This training centre provides direct flight line entry, on-site housing, and other amenities.

Depending on the qualification, the cost of attending FlightSafety Academy varies from $7,500 to $85,000.

The United Kingdom is home to some of the best aviation schools in the world, including Topflight Microlight Training Limited. It offers integrated aviation classes, with students seeking pilot certification obtaining both theoretical and practical instruction.

The KM flight academy, located in the Netherlands, is a major player in the field of aviation studies. Many students consider the academy to be one of the best flight schools in the world for pilot training. KLM Flight Academy is a Dutch higher education institution. The KLM Flight Academy is ranked among the top 80 universities in the Netherlands.

Pan Am International Flight Academy (PAIFA) is an aviation school that trains airlines, pilots, and other aviation professionals from all over the world. It is the only remaining division of Pan American World Airways, which filed for bankruptcy in January 1991 and was forced to close down in December of that year. It is currently owned by All Nippon Airways’ holding company. Pan AM, which was established in 1980, has training centres throughout the United States and the world. This academy also provides airline crew training, aircraft maintenance training, aircraft dispatcher training, and air traffic control training in addition to pilot flight training.

You don’t necessarily need an advanced degree like a B.sc or masters degree to become a pilot, however, the requirements vary from one school to the other. Major airlines in the United States and some Asian countries usually require you to have a university degree as a minimum prerequisite. You can find flight schools in almost every country but in terms of quality and services rendered, some are rated ahead of others. So, if you’re looking for some of the top flight schools in the world for pilot training, you can select any of these, but in all sincerity, these flight schools are not the cheapest in the world, countries like Greece, Maldives, and Kenya, are among the countries with the cheapest aviation schools. For more information, visit the website of your preferred school and begin the admission processes.

FG Extends Deadline For NIN-SIM Linkage To May 6 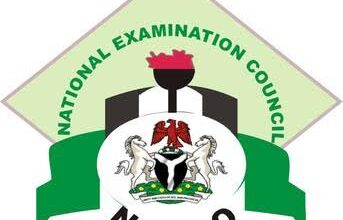 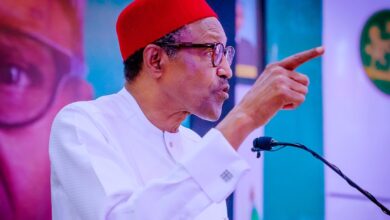